We stayed at Tanjong Jara Resort, a five-star resort in the state of Terengganu, Malaysia. The beautiful sea on the east coast of Malay Peninsula is spread out in front of me. I tried diving which I can book at the hotel.

Please refer to the following article about Tanjong Jara.

Diving is easy to sign up for as there is a dive shop in the hotel. When I was there, a friendly, jovial American guy was on hand to help me out and he said, “There’s a lot of coral and you’ll see a lot of turtles.

We will depart from the hotel’s boat landing that day to Tengor Island where the dive site is located. It’s nice and easy to leave right from the hotel. It took us about an hour by boat to the island.

Lots of soft corals. They are beautiful as they sway in the waves.

Before diving, our instructor warned us that coral is precious and that we should never touch or hurt it. I wanted to get a closer look at them, but I was nervous because I was afraid of hurting them.

Black and white clownfish? There were also.

There were also turtles. The instructor said there were many, but there was only one. I had heard that during the breeding season the males would mistake the divers for females and bite them, so I was a little relieved to see them in low numbers.

I later found out that turtles attacking during breeding season is something of an urban legend. If you don’t provoke the turtle, it doesn’t seem to be able to attack you..

The turtle was quiet. It didn’t try to run away when I approached it.

Tengal Island is only the east coast, the sea was clear and beautiful. The coral reefs were also very enjoyable. I heard there are usually a lot of turtles, so if you’re lucky you might be able to see a large flock of them.

The Similan Islands of my dreams! A beginner with a weakness for seasickness tried to dive! 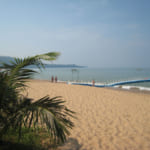 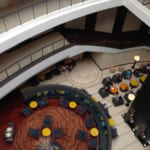 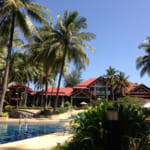 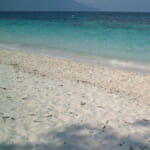 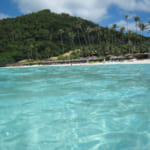 The Malaysian state of Terengganu is located on the northern eastern coast of the Malay Peninsula, and we planned to vi...

Tioman Island is located in the southeastern part of the Malay Peninsula, about 300km east of Kuala Lumpur. The beauty ...
I stayed at a 5-star resort in Tanjong Jara Terengganu, Malaysia!